The Pyramid Texts or the THE WORLD'S FIRST ILLUSTRATED BOOK


The first (known) drawings depicting the voyage of the dead to the netherworld date back to pharaoh OUNAS (2397 to 2364BC) of the fifth dynasty, and were commonly known as the Pyramid Texts. They draw their substance on the Grand royal funerary ritual in the Ancient Empire.

The spirit of these books extended into the First Intermediate Period and into the period of the "Middle Empire" (between the ninth and twelfth dynasty, roughly 2160BC to 1700BC), when they were called "The Sarcophagus Texts or The Book of the Two Paths," although most of the copies Egyptologists have discovered and classified into chapters are loosely connected to one another and have few things in common.

In the first years after 1580BC, the Book of the Dead appeared as a vast collection of formulas assembled with the help of illustrations (vignettes) that fascinate with their finesse and colors. The papyrus of Ioya (Cairo Museum) already contained 40 formulas; the Kha papyrus, written under Amenophis III, preserved at the Turin Museum, contains 33, and the Nu papyrus (British Musaum) has 137, aside from the doubles.

It was only during the Saite period that the integral Books of the Dead reappeared.

During his lifetime, an Egyptian could visit a scribe and choose the formula he would deem best suited to safeguard and protect his soul and body, and those which would procure him unimpeded access to Eternal life.

Developments during the 26th Saite dynasty (-650) opened the way back to the sources of spirituality and thus gave the Book of the Dead its definitive form, although other papyrus texts bore equally complete titles such as "Formulas for coming forth by day" or "Formulas of transfiguration and glorification in the Kingdom of the Dead."

In 1842 German researcher Lepsius copies 165 formulas from a document and calls it the "Book of the Dead." The paper is preserved to this day at the Turin Museum. In 1881, a Dutch scholar, Pleyte, adds 9 new chapters to Carl Lepsius's book. Dutch Egyptologist Adriaan A. de Buck regarded them as a single BOOK, and titled his own book, made of bits and pieces, "The Book for proclaiming one RIGHTEOUS in the Kingdom of the Dead"...

At the request of the "Second Congress of Orientalists" in London, on 19 September 1874, Swiss Egyptologist Naville published what he called "the BIBLE of ancient Egyptians." Naville's publication came out in print in 1886. In 1898, British Egyptologist Sir E. A. Wallis Budge in turn prints his own publication of chapters of the Book of Dead under the title "Chapters of the COMING FORTH by DAY."

The expression "coming forth by day" or "coming forth during the hours of sunlight" is the supreme desire of the deceased man to join the number of the blissful who merge with the sun, the "symbol" of life.

Ever since the Ancient Empire, the sun, its light and warmth, have become the source of life and the symbol of human protection. After death, a man has but one goal: to join the light and melt with it and into it. In the 18th century Book of the Gates, the god Ra crosses in his boat the twelve (hours) divisions of the night, through Ossiris' court of judgment, and is reborn on the other side of the Nile...

Like the Ba, this bird with the human head which represents (the spirit) the spiritual side of man and gods (also designated by the sign of the ram, which is also the sign of the god Khnoum, who fashioned the first men on a potter's wheel with clay...) The Ba becomes the divine spark that dwells in a man and leaves him upon death, soaring, like its bird symbol, to join its true home in the sky. In fact, one finds in chapter 85 the first verse of St. John's Gospel: I am the Eternal... I am the Word which IS before the scripts...

In the Egyptian polytheism, the same person is invoked under different names in different places, the same God in various representations... In the Egyptian mortuary ritual, chapter 37, various parts of the dead body are identical to those of the Great God, each representing the associated deities, so that none is deprived of the Supreme Being. As the dispersed parts of Ossiris form a single body, that of the invisible Great God is made up of multiple facets:

" my true form is concealed within me, for I am the unfathomable… "

As a living animal can be a god's Ba, a man can also appear in the animal form of a god's Ba and become the falcon of Horus or the ram of Amon-Ra. During a brief portion of space-time, life takes the bodily appearance of various forms that transmute by embracing, over the long road to death, the many successive countenances (even those of some animals) which the soul N. will bear during its lengthy voyage toward eternal life. Similarly, some Oriental religions hold that the dead embrace various new countenances in the changing cycle of life that resembles a turning wheel...

As the dead Ossiris, bisected and dispersed in the many regions that make up Egypt, the god reconstructs himself to defeat death and preserve himself from destruction, to become Ra, the light and the life that attracts every soul that longs to follow it in the process of eternal rebirth.

Ra and Ossiris are seen as one person which becomes the incarnation of Justice and truth, the reflection of Maat, the goddess of Justice and truth - the foundations of cosmic order and peace on our tiny planet and probably on countless other worlds where life exists and evolves...


The most beautiful quotations from the "Book of the Dead"


To better understand the passage from death to life, we have picked several excerpts from those which are most eloquent and provide the best image of Egyptian spirituality

Prayers for a soul (N.) entitled to ascend to the heavens


Note: the soul N. symbolizes here the souls of righteous kings and those who have been found pure and just among the souls of people during their stay on earth.


CHAPTER 7 - formula to avoid the evil serpent Apophis (uttered before a wax figurine representing evil, which is later destroyed and burned):


CHAPTER 9 - formula for opening the cave:


CHAPTER 11 - formula against the enemy of the Kingdom of the dead:

CHAPTER 15 salutations to Amon-Ra who sits in Heliopolis (and in Thebes) :

The passed and pure soul becomes a double or part of Osiris (it is henceforth called Osiris N.)

The Osiris N. has crossed the sacred isle, he has seen the god in the Noun (the primordial Ocean), he has returned thanks to the flood... I am your favorite amidst people, I am he who brings truth to Ra and who repeats the truth to Atoum…

Divine god who has come into existence by himself,

Primordial god who existed before the beginning! 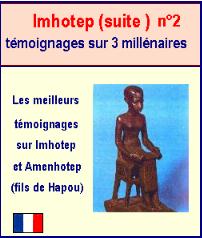 Formula for the secrets of the mysteries of the kingdom of the dead: