Egypt imagined the life of the gods to be similar to that of men. Even Amon the Lord. of the gods, the one, the only, the inaccessible leader, (who formed a union with Atoum, Rê and Ptah), felt family ties, as he had as his companion the dangerous lioness goddess Mout, who was the mother of the minor god Khonsou. 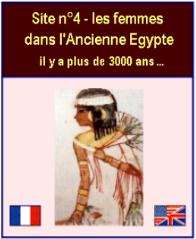 In this drawing done by Rosselini in 1820, one can for a few moments imagine the hundreds of temples which were built in the two kingdoms during those four thousand years: they were colorful, covered with symbols, decorated with gold and silver. Here lived the men and women who led the religion of Egypt until the advent of the Great Priestess of Amon.